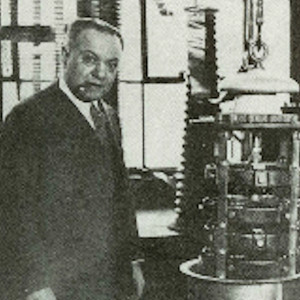 William Dubilier, Eng1909, was an inventor and radio pioneer who held over 600 patents.  A New York native, William Dubilier worked as an assistant to radiotelegraph developer Guglielmo Marconi before studying at Cooper Union.  He applied for his first patent at age 18 and, at 21, built a radio broadcasting system to transmit messages from Seattle to Alaska.  His design of the Micadon, a condenser used in wireless communication that was smaller, more economical, and lighter than the previously used Leyden jars, was significant in World War I.  William Dubilier also developed wireless communications systems for British and American air fleets and submarine detection devices for the French and British during World War I.

William Dubilier was a Chevalier of the French Legion of Honor and a fellow of the American Institute of Electrical Engineers and the Institute of Radio Engineers.

William Dubliner was the recipient of the first Gano Dunn award in 1955 and the President’s Citation in 1966.  He was inducted into the Cooper Union Hall of Fame in 2009.