He designed multiple movie theaters in New York City.  One of those survives. Originally it was the Elgin Theater. It is now a dance theater known as the Joyce Theater at 175 Eighth Avenue.  It is in the Art Moderne style.  He also designed a theater that was located at 207-209 Park Row, and one that was located on 82nd Street in Jackson Heights. 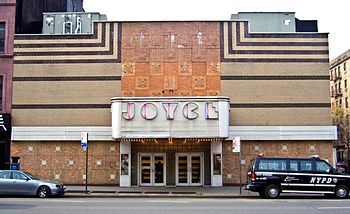 Simon Zelnik designed the Congregational Family of Riverdale Temple, located at  3700 Independence Avenue.   Simon Zelnik was also a member of and a trustee of this temple. Another temple that he designed in the Bronx opened in 1962.  The Temple of Young Israel is located on the Grand Concourse at 165th Street. Governor Rockefeller was present for the opening festivities.

Simon Zelnik taught in New York. From 1931 to 1952 he was Assistant Professor of Design at New York University. From 1946 to 1947 he served as lecturer at Adelphi College.

He was married to Salomea Zelnick and they had two sons, Reginald and Martin.  He passed away September 1, 1980.