Cooper Union engineering and architecture students have joined forces to design a pod to compete the SpaceX Hyperloop Pod Competition. This competition opened in 2015, and it invites students from all over the world to design the fastest pod. It takes place in SpaceX’s headquarters in Hawthorne, California, where the pod prototypes travel in the 1 mile vacuum tube built by SpaceX. Our team consists of 25 students, majoring in mechanical, civil, electrical and chemical engineering, as well as in architecture. Founded in January by Boray Toktay (CE ‘19) and Irisa Llana (Ar ‘21), the team is divided into 5 subsystems: acceleration, brakes, stability, electronics and frame.

If you are wondering what the hyperloop is, you’re not alone. This concept was proposed by Elon Musk just a few years ago, and it is a sealed tube through which a pod may travel free of air resistance, transporting people at high speed. It is expected to become the fifth mode of transportation, after land, sea, air and space- and also the most efficient. Such a transportation system could cut down travel time by at least 5 times, making it a reality to travel from Los Angeles to Las Vegas in just 30 minutes. This could translate to a more accessible world, reshaping our views of proximity. 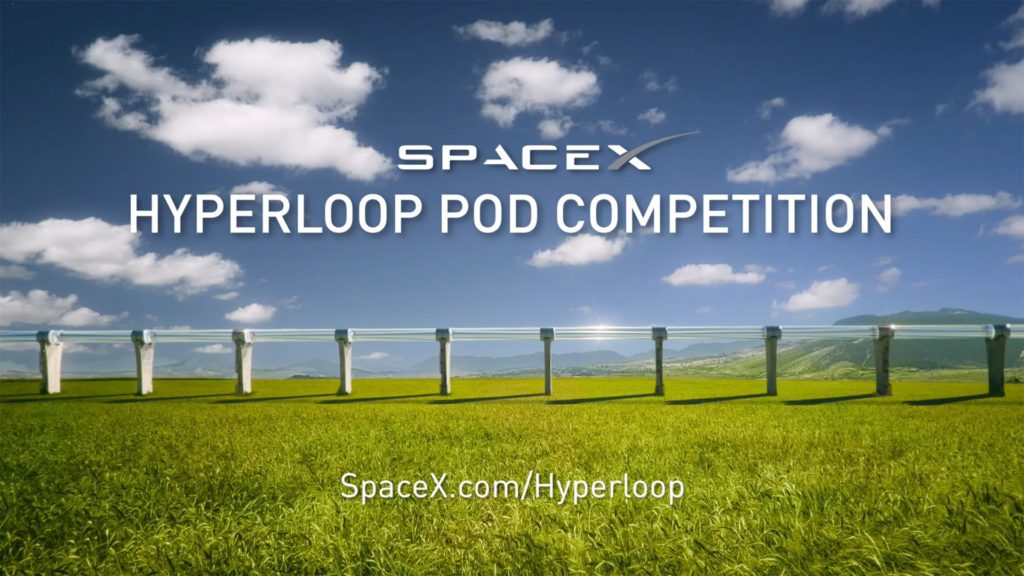 To make the Cooper Hyperloop pod a reality, our team needs your financial support. Our fundraising goal of $35,000 is needed to buy the necessary materials and conduct testing. Even though it is a large undertaking, we are confident that with our design and your support our pod will get built and race at SpaceX. Please follow our facebook page, @cooperhyperloop, and consider donating at support.cooper.edu/hyperloop . Since it’s first meeting in January 2018, Cooper Hyperloop Team has made significant progress in the brakes, stability, frame and electronics subsystem designs (above picture). The brakes team have completed the design and moved onto the construction of a test bed for brake and stability system tests. The final breaks designs consists of two parts; the eddy current brakes, and emergency friction breaks. Both sets of brakes are activated using an onboard pneumatics system with a compressed air tank, and are controlled with two sets of electrically isolated controllers for redundancy. Breaks team is currently working with alumni on final design reviews.

The stability team has also completed their designs. The system consists of two rail guides placed at the very front and the very back of the vehicle. The guides are lined with skid material and are embedded with neodymium magnets. As the vehicle speeds up, the magnets, which are correctly aligned with the rail, continuously push the guides away from the rail in all directions due to eddy currents. The system also contains shock absorbers tuned to critically dampen any unexpected side motions.

Lastly, the electronics team, subdivided into controls and safety subteams, has also made significant design progress. For redundancy, the safety controller is electrically isolated from the main controls systems. The safety subteam has custom designed a controller that initiates an emergency break sequence upon detection of any anomaly. The vehicle contains more than 20 sensors just for the anomaly detection. The vehicle controls, on the other hand, are done using a combination of Raspberry Pi’s and Arduino’s tasked with acceleration, breaking, telemetry and power management.

Looking ahead, the main items on the team’s agenda are completing acceleration, power and airframe system designs. The team is due to submit developed conceptual designs to SpaceX by end of October 2018, and present completed designs in January 2019. With our alumni support, we will be able to test and build the Cooper Pod in time. Please go to support.cooper.edu/givehyperloop to make our goal a reality.

The Cooper Hyperloop Team is competing at the SpaceX Hyperloop Pod Competition in  Hawthorne, California. If our pod concept is approved by SpaceX, the pod will be built in the  Spring semester and will be able to travel more than 250 miles/hour. Since the team’s inception  in January, the Cooper Hyperloop has designed and tested some of the subsystems of the pod.  So far this semester, the team has grown to 35 active members, majoring in mechanical,  chemical, civil and electrical engineering, as well as in architecture and art. The whole team  meets every Tuesday and each sub-team meets at least once a week. The main sub-teams are  brakes, acceleration, stability, airframe, electronics, metal frame, and business.   The brakes team has constructed a testbed which allows the simulation of high velocity  conditions between the brakes system and the test track. The electronics team has further  divided into four sub-teams – controls, power, communications, and safety – and has also  developed a testing software to digitally simulate the pod’s velocity profile over the track.

The stability team has completed the initial designs for the stability system, and having  already acquired all the necessary parts, they will soon begin fabricating and testing the  prototype.The acceleration team has found a way to go faster by switching from using a single  motor to using two 100-kW Emrax motors with independent drive wheels. Accounting for friction  and drag losses, the team estimates the maximum velocity to now be 300 mph, faster than the  winning team last year. In the last week of August, we were honored to host two Cooper alumni, Ben Itri and Gene Briskman, give them a tour of our facility and show them our design. As we have received  more sponsorship this month, we are currently organizing facility tours for our new donors. On  this note, we would like to thank all our sponsors, RAND Engineering & Architecture, NY Engineering, Ben Itri and Grant Engineering.

Please consider making a tax-deductible donation to help make the Cooper Hyperloop  pod a reality. We are passionate, on schedule and in need of your financial support. Please check our website for more information at www.cooperhyperloop.com , and consider donating at support.cooper.edu/hyperloop .

October was a highly productive month for our team as we submitted to SpaceX the Preliminary Design Report. This report consists of designs of each subsystem, along with an explanation of design rationales, and testing & validation plans.  In a closer look, the Airframe subsystem started their meetings, researching and designing the aerodynamic shell of the pod. The team initially decided on which material to use, ultimately choosing carbon fiber because of it’s low weight, competitive price and flexibility to design alternatives. The team also started designing initial iterations of the shell structure, then testing them in Solidworks flow simulation to determine the aerodynamic drag force on the design alternative, and to visually observe the flow trajectories around the Shell.

The propulsion team has also advanced with their design, completing the first iteration. One of the biggest challenges they faced was sourcing the main drive wheels that are rated to high RPMS and large torques. The team finally overcame this challenge and determined a reliable rollercoaster wheel manufacturer who will be able to source both the right sized drive wheels.  Brakes team have completed the first round of their professional design review, making the brakes design more robust. In this process, they generated a design report and received feedback from a professional with design and fabrication experience from the industry. Their next challenge is to complete the magnetic drag profile test.

With our building deadline approaching, the business team is actively reaching out to raise funds, which will allow us to buy materials to conduct testing. We were honored to have Grant Engineering office take a tour with us in our production facility on October 15th, and we give many thanks to our newest sponsors, AFGO Mechanical Services, Rolf Lesem, and Standish Lee.  If you would like to see our student team completely build the first Cooper Union pod, please consider donating by going to our website at www.cooperhyperloop.com.

The months of November and December saw our team making great progress towards our goals. We have started preparing for the submission of the Final Design Report to SpaceX and each team has been individually making progress. In November and December, the controls and navigation team completed their controls codes, and fully tested the navigation system and its response to fiducial sensor inputs. All control boards were proven to communicate successfully.

The brakes team delved into pneumatics system design, which actuates the brakes and the acceleration normal force providing clamping mechanism. They purchased all parts needed for a complete setup of the pneumatics system in order to execute an operational test.

Acceleration and stability drive wheels have also been sourced, and the design finalized. However, they will not be fabricated and physically tested until the build stage. Propulsion power transfer assembly has also been sized and finalized.  Lastly, the airframe group continued the quest to solve drag analysis simulations. They have almost completed the shell structure design, and the internal structural frame to the shell structure. The materials and fabrication methodology of the shell structure has been decided and the necessary components to build a scaled model of the shell have been purchased.

The business team is continuing to reach out to companies and alumni to raise funds for the team. On this note, we would like to thank all our sponsors for helping us get to this stage. As one of the 52 teams selected from hundreds, we are swiftly moving towards the next phase of the competition and we would greatly appreciate your sponsorship via our website – ( http://www.cooperhyperloop.com ).